Beyond the four corners of the will
City Pacific Lawyers

News > Wills & Estates > Beyond the four corners of the will

By Elizabeth A Michael

Calvert v Badenach is a reminder that a practitioner’s liability for negligent will drafting extends to disappointed beneficiaries.

Currently on appeal to the High Court, the decision found the solicitor was negligent for not identifying potential family provision claimants against the estate and for not advising the testator on options to defeat such claims.

This article is a warning to practitioners of the need to take a holistic view of estate planning that goes beyond the four corners of the will.

“Unfortunately there is no such thing as a simple will. The typical family structure of days gone by is no longer reality. Added to this is the ever-present possibility of a dissatisfied beneficiary bringing a negligence claim against the practitioner.”1

When a solicitor accepts instructions to draw a will, they accept professional responsibility to the testator (under contract) to give legal effect to his or her testamentary intentions. The solicitor is also taking on potential liability to any intended but disappointed beneficiary who fails to take under the will due to the negligence of the solicitor.

The recent controversial case of Calvert v Badenach (Calvert),2 which is now on appeal to the High Court, serves as a useful reminder that the duty of care of a solicitor extends not only to the testator to carry out his or her testamentary intentions but also potentially to disappointed beneficiaries of a testator’s estate.3 The court in Calvert extended the duty to providing advice about rearranging the testator’s ownership of assets inter vivos.

Hill v Van Erp4 established the precedent in Australia that a solicitor can be held liable in tort for the economic loss of an intended but disappointed beneficiary who, but for the solicitor’s negligence, would have received an intended gift from a testator’s estate. The case involved the carelessness of a Queensland solicitor in allowing the spouse of an intended beneficiary of the will to witness the will, thereby voiding the intended disposition. Other areas where solicitors have been held liable in the context of wills include:

In the recent case of Calvert the disappointed beneficiary sued the solicitor who drafted the will for failing to enquire about potential family provision claimants and for consequently failing to advise the testator about ways to diminish his estate to frustrate any potential claim.

In Calvert the testator’s estate consisted largely of two farming properties that he owned as tenants in common in equal shares with his former partner’s son, to whom he wished to leave his entire estate. The testator engaged the defendant law firm to make his will after he was diagnosed with a terminal illness in 2009.

The testator had previously made two other wills in 1984 with the same law firm. The first of those wills left a small bequest of $10,000 to the testator’s estranged daughter. The second will made in 1984 contained no disposition to the daughter.

While taking instructions for the 2009 will, the solicitor (being a solicitor from the same firm that had prepared the previous 1984 wills) did not ask the testator whether he had any children or make any enquiries about any potential family provision claims. The evidence adduced at trial revealed that, notwithstanding the fact that the testator expressed an intention to leave his entire estate to a non-family member (albeit the son of his long-time partner whom he considered a son), the solicitor did not enquire about any other family member of the testator who could potentially have a moral claim to the estate. Rather, he simply drafted the will as instructed.

The testator died later the same year and probate of the will was granted in early 2010. The testator’s estranged daughter successfully brought a family provision claim against his estate and was awarded $200,000 plus interest and costs of $175,000 from a total estate of approximately $600,000.9

With costs pressures and the commoditisation of will drafting, solicitors need to take a holistic view of estate planning.

The disappointed beneficiary sued both the solicitor that drew the will and his law firm. The plaintiff’s case was that the solicitor was negligent in failing to enquire about the testator’s family situation and whether there was any risk of a family provision claim. He further argued that had the solicitor made such enquiries, he would have learned about the existence of the estranged daughter. Given that daughter was a potential claimant, the solicitor should have advised the testator about the option to deplete his estate by making inter vivos transfers of his interests in the properties or changing the manner of holding so that they devolved to the intended beneficiary by right of survivorship. Because the solicitor failed to provide such advice, the testator lost the opportunity to organise his affairs so as to frustrate any family provision claim. The plaintiff was unsuccessful in the first instance10 but succeeded on appeal.11 The case is now on appeal to the High Court and is likely to be heard in early 2016.

Estate planning lawyers are familiar with the concept of estate assets, namely those assets which a deceased can dispose of by their will, and non-estate assets, being those assets which devolve outside of the will – most often property held as joint tenants or in family trusts and superannuation death benefits. When considered in conjunction with potential family provision claims, the will-making process takes on a new dimension. If Calvert is upheld by the High Court, then a solicitor’s duty may extend to advising clients how to deplete their estates to frustrate or discourage potential claims (and presumably the risks associated with doing so). Alternatively, clients may wish for their will to dispose of property that is jointly owned (non-estate asset). As the focus of the duty owed by the solicitor to the testator (and third party beneficiaries) is on achieving the testator’s expressed wishes, it would appear incumbent upon the solicitor to advise about changing the manner of holding to achieve the desired outcome.

Carr-Glynn v Frearsons12 involved the failure of the solicitor to ensure that a non-estate asset was converted to an estate asset during the testator’s lifetime. The need to sever the joint tenancy during the testator’s lifetime was “integral to the carrying into effect the testatrix’s intention”,13 namely to devise her half share of a property to the disappointed beneficiary. The solicitor’s failure to ensure that this occurred was held to be a breach of duty.

Calvert can be seen as an expansion of a solicitor’s duties in the will-making process to advising on inter vivos transactions that deplete the estate to achieve the testator’s intentions. Calvert involved the failure of a solicitor to advise on options available to the testator to remove assets from his estate, thereby reducing the risk of a family provision claim.

On 26 October 2015, the High Court granted special leave to appeal the Tasmanian Full Court decision in Calvert.14 One of the reasons cited for the appeal was the expansion of the duty of care in Calvert beyond the reasoning in Hill v Van Erp.

The scope of the retainer

In the case of Howe v Fischer16 a solicitor successfully appealed against the decision of the lower court which held that the solicitor had breached a duty in not recording the testator’s wishes in an informal will. The testator, aged in her 90s, engaged the solicitor to draw a new will for her. The testator died unexpectedly less than two weeks after the initial consultation and before a formal will had been executed.

The instructions for the new will were a substantial departure from the contents of a previous will made only four months earlier with a different solicitor. The disappointed beneficiary sued the solicitor in negligence for failing to have the testator execute an “informal will” that was capable of being admitted to probate. The judge of the lower court held that the solicitor was negligent in failing to procure an informal will.

On appeal, the Court examined the scope of the solicitor’s retainer in light of the facts adduced at trial. The solicitor’s duty was described as:

“[T]he duty of the appellant [solicitor] arising from the retainer may be regarded as a duty to take reasonable steps to achieve, by the exercise of the care and skill of the ordinarily skilled solicitor, two things: first, fulfilment of the client’s objective of making a formal will according to the agreed time frame and, second, the avoidance of any reasonable frustration of that objective”.17

The duty of care imposed on solicitors requires an ever increasing awareness of and attention to broader estate planning matters that go beyond the four corners of the will.

The Court found that the retainer agreed to by the testator, who had made some nine previous wills in her lifetime, was to make a formal will and to have her doctor and her son present when she signed the new will. There was no reasonably foreseeable factor at work that would likely frustrate the client’s objective. Therefore the solicitor did not breach his duty of care.18

Lessons to be learned from cases where solicitors have been held liable to third party beneficiaries include:

Although wills are often perceived by the general public as a simple, cheap commodity, the will-making process is a complex an hazardous undertaking requiring a high degree of professional knowledge and skill on the part of a legal practitioner. The duty of care imposed on solicitors requires an ever increasing awareness of and attention to broader estate planning matters that go beyond the four corners of the will. 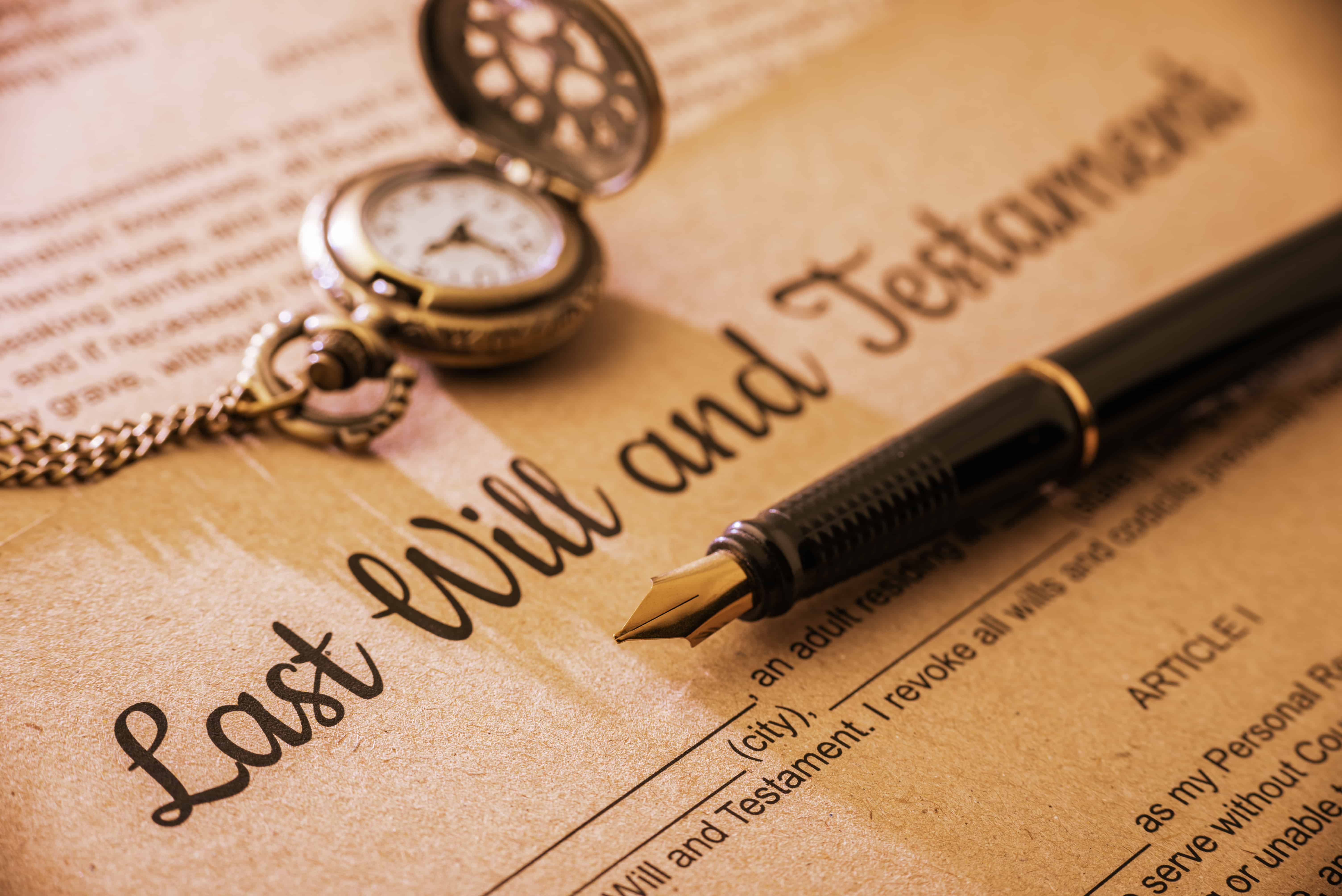